Jim Blanton serves as Accompanist and Music Coordinator for Temple Beth Jacob.  More than playing the organ, Jim’s voice lends beauty and spirituality to our Shabbat and High Holy Day services, as well as other holidays and special events.

Jim Blanton received his doctoral DMA degree from Florida State University.  He has led a multifaceted career as conductor, musical director, stage director, singer and pianist.  He has been Musical Director and Conductor for the Delaware Valley Opera and Delaware Valley Chamber Orchestra, Conductor for New York’s acclaimed Goliard Chamber Orchestra and Chorale, Musical Director for the Tri State Actors Theater, Director of the Warwick Music Festival and creator and Director of the popular KidsClassics concert series.  He has also been pianist for the Orange County Classic Choral Society and the Delaware Valley Choral Society.

As a singer, Blanton has appeared as guest soloist with the Brooklyn Philharmonic, St. Luke’s Chamber Ensemble, Greenwich Symphony, Julius Grossman Orchestra and numerous other orchestras and choral societies throughout the Eastern U.S.  He has toured throughout the U.S. and Canada with the program, Romberg Remembered, and has performed at over fifty universities, colleges and art centers throughout the Eastern U.S. with the Goliard Ensemble.  He has performed leading operatic roles with the Center for Contemporary Opera, American Chamber Opera, Whitewater Opera (IN), Sorg Opera (OH), Queens Opera, New Jersey State Repertory Opera and at the Banff (Canada), Blossom and Birmingham City Stages Festivals.
​
Dr. Blanton has also been an active temple and church organist and music director, holding positions at Temple Sinai in Roslyn, NY, the Reform Temple of Forest Hills and Temple Emanuel in Brooklyn, among others.  He is currently Music Coordinator at Temple Beth Jacob in Newburgh and Director of Music at St. Augustine Church in New City.​ 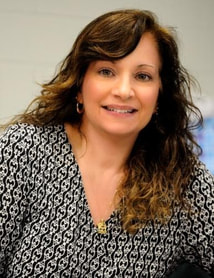 ​Maryjean Domenick has been the Office Manager for Temple Beth Jacob since 2012.  Maryjean is the smiling face of Temple Beth Jacob when you walk in the door during the week.  She helped in the transition from the old Temple at 344 Gidney to our new home at KOL.  She keeps the congregation informed on all the upcoming events, classes and services through emails, post cards, Zoom links, and newsletters.  Maryjean keeps our computerized records and data organized; she sells the gift cards and coordinates the events in the building.  She is always willing to assist anyone with special projects and is a great asset to our organization.
Prior to working at TBJ, Maryjean worked for the American Heart Association for 20 years as the Special Event Manager.  Maryjean has two children and lives in New Windsor.
David Epstein - Student Cantor 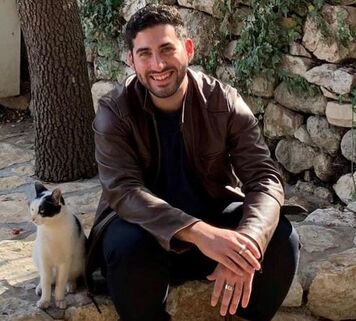 Picture taken with in Jerusalem with a friendly stray cat.
David Benjamin Epstein is a 2nd Year Cantorial student at Hebrew Union College - Jewish Institute of Religion and the Debbie Friedman School of Sacred Music in New York City. Prior to matriculating at HUC-JIR, David pursued a career in Theatre and Performing Arts all the while bartending and serving tables across NYC. David holds a degree in Theatre Arts with concentrations in Theatre Performance and Shakespeare as well as a Musical Theatre minor from Marymount Manhattan College (Class of 2019). In addition to his work at Temple Beth Jacob, David teaches 4th grade Judaica at Stephen Wise Free Synagogue and B’nei Mitzvah Tutors at Central Synagogue. In his free time, David enjoys yoga, hiking, and gardening.
Support Us