Temple Beth Jacob, A Short History By Dr. Sally Faith Dorfman, and others 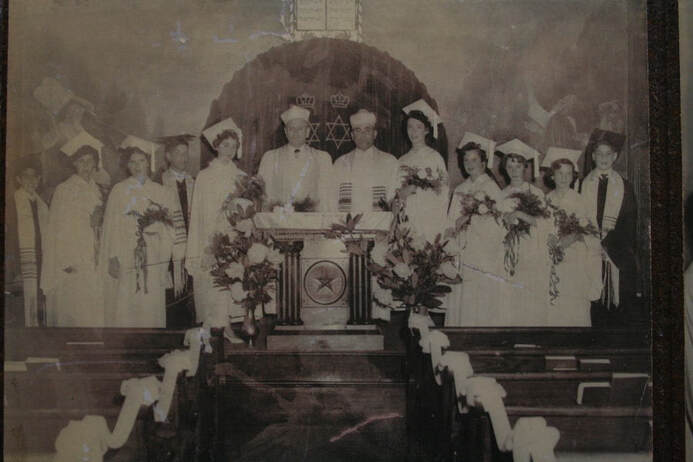 ​Temple Beth Jacob, a Reform Jewish congregation, was established in 1854. Jews were recorded in the Hudson Valley as early as the 1650’s, when Asser Levy insisted on his right to serve in the New Netherlands Guard to protect the colony. Isaac Newstadt was the first Jew known to permanently settle in Newburgh, followed by Henry Hirschberg, and Abraham Schoenfield. This trio opened their homes for worship, hosting services for each other and fellow Jews.

By 1854, seven families residing in Newburgh formed the first Jewish congregation. They rented space in Crawford Hall at the southwest corner of Front and Third Streets, purchased the Big Rock Cemetery on upper First Street, and chose the name Beth Jacob. One of the most noted Jewish scholars of his day, Joshua Ben Mordecai Falk Hakohen, became the first Rabbi. In 1873, the entire top floor of the Townsend Building, at Third and Water Streets, became the new “House of Assembly.” In 1890, the congregation decided to erect a synagogue on South Street, between Liberty and Grand, which was completed and dedicated on September 8, 1891, as a Reform synagogue.
​Rabbi Hirshel Jaffe began a 25-year term as our religious leader, in 1974. He opened our eyes to important Jewish issues here and around the world. When hostages in Iran included Jewish prisoners, he volunteered to go and counsel them along with non-Jewish clergy. He and Cantor Bill Satzman established a tradition of excellence in learning for our Bar/Bat Mitzvah students, who were able to lead services with a skill and understanding of their tradition. Jaffe’s book, Why Me, Why Anyone, chronicling his struggle with illness, has been an inspiration to many. Hirshel Jaffe is presently a Rabbi Emeritus of the congregation.

The congregation approached the secular world’s new millennium with the installation of Rabbi Robert L. Rozenberg. Many of the Temple’s issues, plans, and hopes echoed those of past generations. Through the Temple’s leadership, teaching our youth, inspiring our adults, creating a caring community, and developing a literate congregation whose beliefs are grounded in Torah will continue to be our focus in the future, as they were in the past. Rabbi Robert Rozenberg was honored as Rabbi Emeritus on November 2, 2007 until his death in 2020, when he became the first Rabbi to be buried in our centuries old cemetery.. Rabbi Darryl Crystal next served as interim rabbi, in 2008 Rabbi Larry Freedman became our rabbi.  He introduced many modern ways to celebrate the Jewish holidays, brought us into the age of social media, and expanded our music appreciation during worship. In 2019 Rabbi Doug Kohn became our new rabbi bringing his years of knowledge that he shares with our community.
​Our 100th Anniversary booklet’s forward by Rabbi Bloom says it all: “House of Jacob, let us go in the light of the Lord!” This has been the motto of the congregation for over 100 years, as it has been the motto of our people for over 4,000 years.

Recently, Temple Beth Jacob has partnered with Congregation Agudas Israel and the Jewish Community Center to create Kol Yisrael, a campus that provides a home for those communities as well as the Jewish Federation of Greater Orange County. By sharing space, the community looks forward to a strong future with great enthusiasm and a real sense of togetherness. 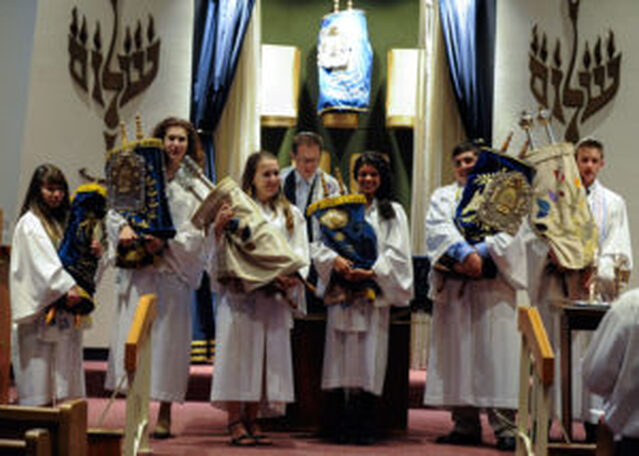